Chairman of the Management Board, member of the Board of Directors
He started his career in 2011 in "Beineu – Shymkent Gas Pipeline" LLP. In 2014-2016, he held the position of Adviser to the Minister of Economy and Budget Planning of the Republic of Kazakhstan, after the reorganization of the department – the Minister of National Economy of the Republic of Kazakhstan.
In 2016, he headed the Secretariat at JSC "NUH "Baiterek", and was also an adviser to the Chairman of the Board of the Holding. In October 2018, he was appointed Managing Director of the National Managing Holding "Baiterek" JSC. Oversaw the activities of the Holding's Management Board, human resource management and interaction with government agencies.
He is fluent in Chinese, English and Turkish.
Since August 25, 2022, he has been Chairman of the Board of JSC "Social and Entrepreneurial Corporation "Almaty".
He graduated from Peking University and East Kazakhstan State University. 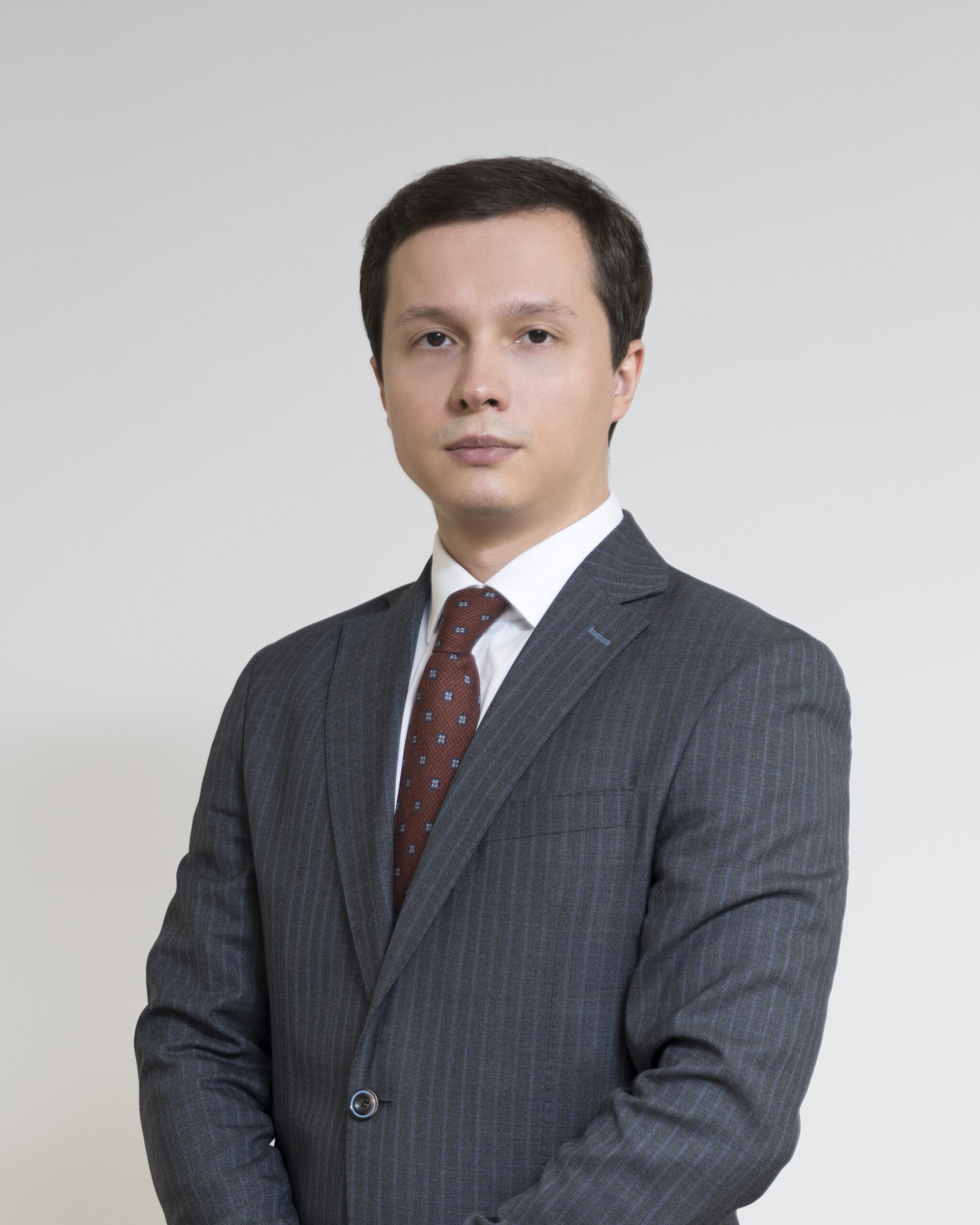 Deputy Chairman of the Management Board
Since 2019 – Deputy Chairman of the Management Board of JSC “Social and Entrepreneurial Corporation” Almaty “.
Maxim Prudnikov in different years held the positions of the General Director of AST LLP; Head of the Exhibition Territory – Deputy Director of Operations Management and Strategic Development Departments of JSC NC Astana EXPO-2017; Head of Protocol S.p.A Milan EXPO 2015; led projects in private business.
He studied at the University of Exeter with a degree in Business Management, Said Business School with a degree in Economics and Management.

Deputy Chairman of the Management Board
Previously, she held the position of CFO at Estate Management Company JSC and Bulat Utemuratov’s Fund, worked at Verny Capital JSC, KazAgro National Management Holding JSC, Agricultural Financial Support Fund JSC, Kazakhstan Temir Zholy National Company JSC.
Gulmira Murzalinova has an MBA and a certificate of professional accountant of the Republic of Kazakhstan, she studied at the Graduate School of Business “AlmaU”.